January 05, 2019
So today in a random turn of events I found myself at the Barbican in London. If you don't know what that is - imagine if the Minotaur was really into Brutalism.

I just went because I had an afternoon free in London. I didn't expect to think "hey, this is the kind of asthetic I want more of in my Yoon-Suin campaign"

(my campaign is an ever-evolving beast of hating last week's idea and mourning that next week's idea won't segue naturally into the established rules, mechanics, setting, or lore of the bad ideas I implemented last week. If only I had a time machine, I'd start from the beginning and everything would be perfect. I'm not crazy, you are)

So I went home and googled Francis Uprichard and found a choice curate* of Yoon Suin NPCs from among her wonderful works.

I don't have the names of these sculptures but they're all Francis Uprichard work.

(Ignore the names, descriptions, and enumerations-that-suggest-it's-a-random-table if you want, I just figured just posting a bunch of pictures was a bit lazy.) 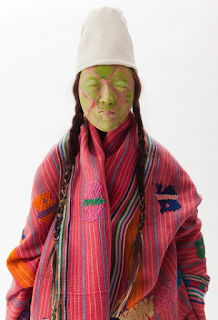 1. Champu Bhung
As sour as the high-quality butter she carries down from the mountains, Champu is the best Sherpa who ever was. If you can handle her poor personal hygiene, chronic misanthropy, surliness and strange and outdated bigotries, she can get you anywhere in the Oligarchies unseen, unheard, and three days faster than the maps say you ought. Some say she is a demon in disguise, cursed by a sadhu of old to serve as a guide to humans, but the curse never stipulated she had to be polite about it. The truth is far more interesting. 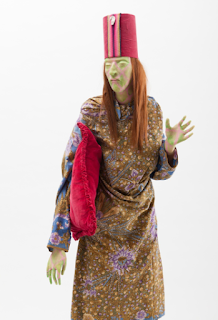 2. Adesh Adhuk Adhir
A fey-faced perruquier, overly proud of his induction into the replete halls of the city's mercers' society. Preening, picky and persnickety, he believes himself a mover and shaker, a grand manipulator of things-behind-curtains, and would hire the party to arrange accidents and acquire documents. Unfortunately he's just a spoiled overperfumed brat, and any action the party takes to further his agenda will backfire and find them in a legal quagmire. 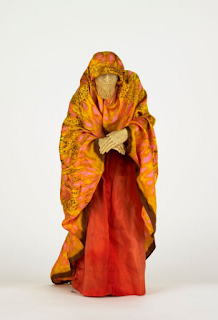 3. The Yellow Monk of Samdruplokha
Nobody knows his name, only that he is the very last monk of the Yellow Order at Samdruplokha Monastery. In fact his name is Ajit, but somewhere over the decades everyone got the idea in their head that his name was a mystery and so never bothered to try to find it out. For now he keeps to the vast, overgrown temple, picking his way among the dusty rooms filled with the clutter of an elaborate and ancient religious tradition now shelved and mothballed. Nobody knows what happened to the other monks. Nobody except him. 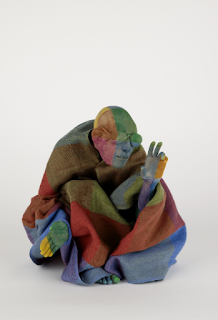 4. Doctor Cong Phan Wan-ji
Spiritual guide, servant of the Multichromatic Marutiswami, and well-credentialed street dentist, Doctor Cong is not actually blind, although it's simpler if he explains it as such. As part of a byzantine religious service his eyes were exchanged with that of a Mantis Shrimp, and he perceives colours undreamed in aspects deeper and more myriad than the untrained eye could bear. He is also a master of Juk-Phratang, able to read one's future in the grooves and pits of their teeth, and alter their fate with aggressive and enthusiastic orthodontics. 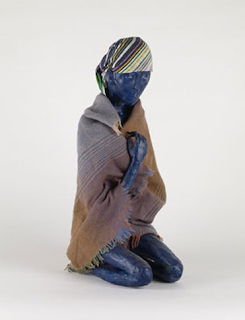 5. Arati Govindar
Ever since she lost her job at the mothmercing mill, Arati has been on the streets begging for scraps to feed her children. Her wife, Joshingi, had the desperate, foolish idea to try to steal trinkets from the ancient cave-crypts in the swallow-chasms below the Hanging Wall. She's been gone four days. Won't you help? 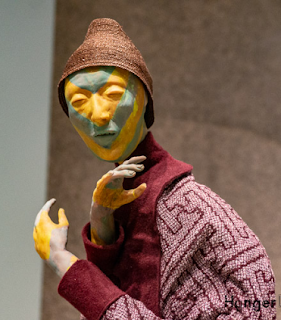 6. Kalpa Soong
A spiv, a wandering salesman of high-quality cosmetics fresh from the Yellow City that fell of the back of a rickshaw. His sales persona is complicated (he would say enhanced) by his eternal opium high. He fervently fears that mind-control agents are slipped into his tea, and lives by the chemically-uncertain principle that it is impossible to be high on two substances at once. It is possible this idea, and the fear of brainwashing, have something to do with his habit.

*I'm aware a curate is a kind of clergyman and not a noun meaning "a curated selection" but fuck you I'm a modern Shakespeare inventing words up in this.

August 13, 2019
I am currently running a heavily homebrewed game of Ultraviolet Grasslands with heavily homebrewed rules. Ultraviolet Grasslands, for those not in the know, is Luka Rejec's imminently-to-be-released masterpiece of 'steppe-crawling' goodness. The setting and rules are phenomenal at simulating looong periods of time over looong distances, tracking your party as they make pilgrimage through a psychedelic landscape over multiple timezones. Along the way you might come across Discoveries - strange ruins or settlements of the long-ago forgotten times potentially brimming with treasure and technology. One small trade-off is the rules don't really help with smaller distances and times like meters and minutes pottering around a dungeon. You could just use rules from D&D or another system, but you risk making the game too nitty-gritty and dungeon-centric, and soon you've forgotten about the wild, wide steppe and you're spending eight consecutive sessions hau
2 comments
Read more

July 29, 2019
In my anticipation of Luka Rejec's radioactively exciting  Ultraviolet Grasslands , I've written the roleplaying rules-and-settings equivalent of fanfiction. I've made my own rules based off of Troika (via  David Schirduan ) and Moonhop , and I've cobbled together my own setting which crossbred UVG with a few other sources (Fever-Dreaming Marlinko, Against the Wicked City, and Luka's other, as-yet-unpublished work, Red Sky Dead City) and stretched them across real-world Central Asia. My three players were starting waaay to the east, in the City of Flowers on the western periphery of the Empire of Everything. Using UVG's Travel Quests table they established that the Cult of Everflowering Life (the bureaucracy that maintains the computational H.I. (Horticultural Intelligence) of networked flowerbeds, pollinators, and gardens that runs the City) had given them a Letter of Marque to go fuck with one of the City's many rivals out west on the steppe. Come
2 comments
Read more

January 06, 2019
Made some random teas. The names are a bit weird - I wanted them to serve as the description without further elaboration, but also be vague enough that players are almost garunteed to get the wrong end of the stick for how most of them work. Nearly all of them last 24 hours. This isn't necessarily a good idea, it's just easier for me to track. Change that to 1d6 hours or whatever if you want. I dunno how much these cost. I'm not an authority. I'm just saying that because I have a habit of viewing other random tables and content online as gospel and worrying about "using them wrong" so here's a carte blanche to ignore everything I say you think is dumb. This is a d66 table just like all the good stuff coming out of Troika! - you roll 2 d6s and count them as the 10s and 1s of a single number. 11        Smokey Lung Wa Chai Breathe grey smoke like dry ice in a 5' radius around you, obscuring yourself. 12        Moon Lotus Enlightened Br
Post a Comment
Read more